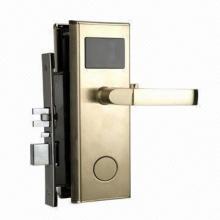 Electronic locks precisely known as electric locks are locking devices that operate by using electric current. An electric lock is sometimes made to be stand alone with a control segment mounted on the lock directly. Most of the time an electric lock is connected to a system of access control. This latter kind of lock is advantageous in that it has key control. This means that keys are removed or added without having to re-key the cylinder of the lock.

Another advantage is quality access control where place and time are parameters to consider. The lock also has logs of its transactions meaning it records its activities.

An electric lock is designed to use magnets, motors or solenoids to activate the lock by cutting or supplying power. Sometimes a lock is operated with as much ease as operating a switch. An example is an intercom door used in apartments. Other times it gets complex as an access control system based on biometrics.

There are many types of electric latches. The magnet lock is very common. It is made by fitting a large electromagnet on the frame of the door and fitting an armature on the door. When power is connected to the magnet the door is closed as the magnet attracts the armature.

Another type of lock is the electric strike. It is also known as the latch release, and it is made up of a latch and a latch bolt. It was made as a replacement of the standard strike and it is relatively easy to install. The electric mortise and cylindrical lock were made as a replacement of the mounted mechanical latches. This lock requires holes to be made in the door for wires to pass current.

Another type of latch is a motor lock. This lock is more prevalent in Europe. It has two modes. These are day mode which is designed for the latch to operate only and night mode where a dead bolt operates to increase security.

A electric hotel lock uses varying methods of authentication. One is numerical codes, pass-phrases and passwords. A keypad is provided, and the correct code must be entered to open the lock. Another method is use of security tokens such as a smart card.

The token is scanned or swiped to communicate with the lock. Biometrics is another method of authentication that takes advantage of technologies such as fingerprint, retina and iris scanning.

The guys in Locksmiths 24/7 are such a delight to work with. Ken dropped out to repair a Hotel lock a guest had broken. He was fast efficient and you wouldn’t have known he was even here. No mess, no fuss.
Written by: Hotel Lock Repair
Hotel Lock Repair & Supply
10 / 10 stars

You can wave goodbye to traditional type keys and use contactless keycard locks. Built to last and meeting or exceeding all statutory safety standards,  keycard locks are self-contained so require no external wiring. The end user can also rest assured that, in the case of an emergency, the door can be opened from inside at all times.

Using Radio Frequency Identification (RFID) technology, the card is simply placed in the proximity of the lock rather than being swiped or inserted. 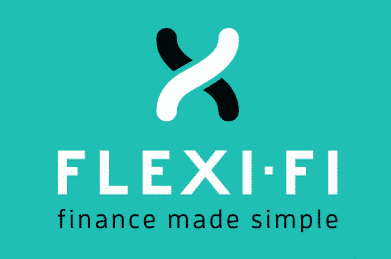